Drew Barrymore invited her ex-husband Tom Green onto her new talk show after not having seen or spoken to him in nearly 20 years, and it’s clear that the two still have a pretty deep connection. Throughout the interview, their vibes were off the charts as they shared some memories from their relationship.

Since neither of them is currently married, could there be more than just a reunion for television in their future?

Check out the full interview below: 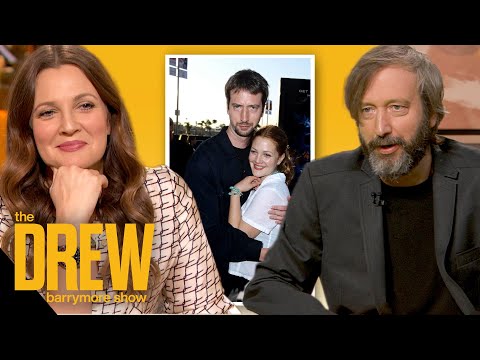 Barrymore and Green couldn’t stop staring into each other’s eyes as they reminisced about how they first met on “The Drew Barrymore Show.” Barrymore gushed as she spoke about how much she admired his work, which is ultimately why the two connected.

One of the things that means so much to me professionally also is because one of the reasons we got to know each other in the first place was I admired your work so much and so I reached out to you and asked you to come and do “Charlie’s Angels” and you so graciously said yes.

According to Green, the two hit it off immediately and had one an unforgettable first date. After bonding over their love of animals, they decided to buy some lobsters and set them free in the ocean. How adorable.

Green Saved Something Special From Their Past

As if it wasn’t already clear that Green still has feelings for his ex-wife, he brought a small token from their relationship onto the show. A mug with Barrymore’s face on it. He joked about bringing it on the show saying:

I found this mug in my garage a couple of years ago and I just kind of kept it because I figured someday I might be on your TV show and it’d be fun to have a sip out of your mug.

Barrymore’s wearing a neck brace in the photo on the mug as she had sprained it during a yoga fiasco. Still, he kept it all those years! That has to mean something!

Drew Barrymore Was Brought To Tears

Was nice reconnecting with my ex-wife @DrewBarrymore after all these years. Watch her new show everyone she is doing amazing! 😀😀😀 https://t.co/WnHNAXxs6d

At one point in the interview, Barrymore recalled when she stayed at Green’s family home in Canada. It was one of the few times in her life that she had a good night’s sleep.

This is what safety and contentedness feel [like] when you’re going to sleep. And I will never forget that night.

Barrymore then talked about loving and continuing to celebrate Green through tear-filled eyes. These weren’t anything like Kim Kardashian’s crocodile tears! I feel it’s clear these two have some unfinished business?

Why’d They Split In The First Place?

Barrymore and Green had a short relationship followed by an even shorter marriage. They eloped in July of 2001, and Green filed for divorce that December. Things seemed to end amicably, the divorce citing “irreconcilable differences.” Overall, it seems that it boiled down to them being too young.

Perhaps they’re ready to give it another try now that they’re older! Here’s the full interview between Drew Barrymore and her ex Tom Green. Do you think there’s still a spark?