The Crown season four has been taking Britain by storm, and rightfully so. It is a wonderful piece of television. It’s even knocked Meghan Markle and Prince Harry off the royal front pages for a bit.

However, if any of us thought that the Sussex fanbase would allow their idol to have her spotlight stolen, we were very much mistaken.

Princess Diana is a focal point of The Crown

While the interpretation of the relationship between Prince Charles and Princess Diana has been effectively explained away as generous use of artistic license by the writers, we know that today facts hold little sway.

Popular opinion reigns supreme, and for the majority of uninformed individuals, what they see on their television is the truth.

This is undoubtedly true of Meghan Markle fans. They have delighted in bashing the real-life Prince Charles. Why? For the deeds of Josh O’Connor, the actor who plays Charles in The Crown.

This despite O’Connor, who is a terrific actor, going to great lengths to clarify that his character is based on Prince Charles and isn’t biographical.

Meghan Markle fans dismiss such chatter, though, as it doesn’t fit with their agenda – to draw direct comparisons between the Princess Diana we see on the screen and the Meghan we see in real life.

Despite the best attempts by some, Meghan Markle is nothing like Princess Diana

There’s a weird tendency for Meghan’s fans to fantasize about their idol having much in common with Princess Diana.

So great is their delusion that they appear now to have adopted the Diana portrayed by Emma Corrin even more than they did the real Princess Diana.

Or do they believe that both are one and the same? 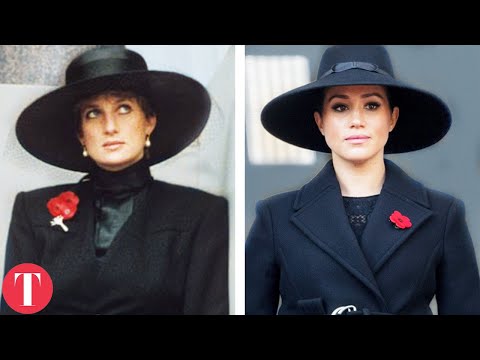 Meghan and Diana are fundamentally different – here’s why

Those who know a bit about royal history will readily admit that the one fundamental difference between the two of them is most telling.

Princess Diana wanted whole-heartedly to be a “team player” and part of the royal family. She loved her role as princess and adored the Queen and Prince Philip.

Meghan Markle, on the other hand, couldn’t wait to snare her slightly dim prince and get the hell out of dodge.

She had zero intention of ever giving royal life a try.

Here’s a newsflash for the deluded Sussex fans out there. If Princess Diana (the real one, not the character on Netflix, to clarify for those who may be having trouble distinguishing between them) were alive today, she would almost certainly have been encouraging Meghan Markle to grasp the wonderful opportunity given her by the royal family.

Some deluded souls believe Diana would have supported Meghan in her recent actions. The truth would probably have been somewhat different. 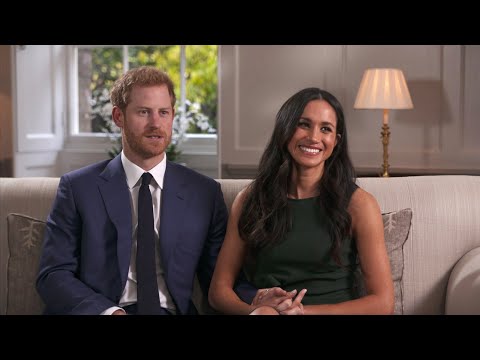 In The Crown, Diana is portrayed as being fiercely protective of her sons. That much is 100 percent accurate.

If anyone thinks that Meghan Markle would have been allowed to swan in and hold such influence over Prince Harry that he’d throw away his rightful legacy to further Meghan’s career, they’re wrong.

In reality, Princess Diana would likely have been Meghan’s worst nightmare, thwarting her plans at every turn.

If I were a betting girl, I’d place all of my chips on the next move by Netflix being to capitalize on The Crown’s success. How? A Harry and Meghan reality documentary.

This has already been mooted and will be announced next year, I would imagine.

The narrative will most likely spin off the interest in the Diana/Charles dynamic and try to present a similar situation between Meghan Markle and the royals.

Any documentary series will undoubtedly feature plenty of Meghan Markle, who was always going to take center stage. Talk of staying behind the camera was always a load of tosh.

The spotlight is like oxygen to that girl. She cannot exist without it.

I predict that Meghan will look to portray herself as a modern Princess Diana, with the Netflix cameras’ help and some choice editing of the footage that has reportedly been shot since the Sussexes left the royal fold earlier this year.

This “documentary” was always in the works. Why else would the couple film their journey from royals to vacuous celebs if not to eventually sell it to the highest bidder?

That Meghan Markle will look to capitalize isn’t news or in question.

Prince Harry allowing his parents, including his dead mother, and his brother and grandparents to be exploited to further the career of a Z-list nobody is the news.

Such a move would surpass even the abdication of Edward VIII, in my opinion, and place Harry in a category all of his own when it comes to being an absolute embarrassment to both Queen and country.

Prince Harry Must Redeem Himself…