So, right off the bat, let me admit something to all of you – I’m more of a John Lennon kinda gal than a Paul McCartney fan.

With that disclaimer out of the way, I feel that I have to speak up on a bona fide British national treasure’s recent antics.

Paul McCartney needs to grow up!

Despite being almost 80 years old, I was quietly happy to see him still doing what he loves—writing and recording music even in his advanced years. 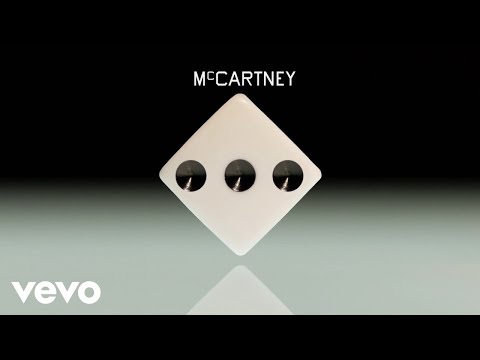 Until I saw the lyrics for one of his songs.

You think she’s being friendly, but she’s looking for a Bentley. She says it’s hunky-dory, when she’s telling you a story.

He then claimed in an interview with Uncut Magazine when speaking about ex-wife Heather Mills:

To tell you the truth, she was someone we rubbed up against. You get a few of ’em in life, these people who screw you over. I thought, ‘I’ll have you. I’ll write a song. You’ll never know it’s about you because I won’t tell anyone. But I’ll know. And people who know who I’m talking about will know. So I drew on my dislike of this individual and made her into a song character.

Wow. Paul McCartney is quite the bitter, horrid little septuagenarian, isn’t he?

It’s also amusing that he claims that he’ll write a song and that she’ll never know it’s about her because he won’t tell anyone, before proceeding to go ahead and tell everyone.

Older men chasing after younger women – when will they ever learn?

To Paul McCartney, I’d say this: what did you expect?

Do you think as an old man pushing 60 years old, you’re going to find a 30-year-old former model who loves you for your looks and personality?

Please. You knew fine well what you were getting yourself into. Like many other creepy old dudes who use their wealth to tempt a younger woman, you’re entering into an agreement of sorts—an unwritten contract.

You get to be a complete creepshow of a guy, marrying a woman who is five years younger than your adopted daughter, while Heather Mills enjoys the perks of being married to a famous billionaire musician.

You don’t get to enjoy the benefits of being with a younger woman then complain twenty years later that she was only with you for your money!

Well, duh! Of course she was! And I assume you’d have even looked at her twice had she been 55 instead of 30 and didn’t have the blonde hair and body of a former model, right?

She was with you for your money, and you were with her because she was young and beautiful.

Neither of you has any grounds for complaint, trust me.

I have to wonder what the current wife of Paul McCartney, Nancy Shevell, makes of all this?

McCartney was already with Shevell before he officially divorced Heather Mills, and has been married to the New Yorker for almost ten years now.

“Only” seventeen years younger than Paul McCartney, you would hope that poor Nancy can make McCartney happy enough that he’d let his bitterness and anger go.

Commenting on his marriage to Heather Mills and the birth of his daughter Beatrice, McCartney said:

OK, yeah. I suppose that has to be the prime contender. But I don’t wanna down anyone. These things happen, y’know? But I tend to look at the positive side, which is that I have another beautiful daughter out of it.

That hate-filled pathetic rant during your song and the interview with Uncut Magazine is you looking at the positive side of things? Jeez.

Here’s an idea: instead of writing condescending letters to the Dalai Lama, lecturing him on the benefits of vegetarianism, why not ask for some advice on how to live your life without hate and bitterness?