It seems with each passing faux pas Prince Harry makes it increasingly difficult for himself to salvage his ruined reputation as a British royal.

He has seen his popularity plummet, and his relationship with his family is seemingly in tatters.

The question is, at which stage will the estranged royal reach the point of no return? Or has he surpassed that landmark already?

Has Prince Harry reached the point of no return?

Some believed Prince Harry had already reached an unprecedented level of ridicule before the embarrassing antics of this past remembrance weekend.

I’ve often said that the Sussexes have pretty much committed every PR mistake possible since departing their roles as working royals earlier this year.

From Prince Harry being duped into believing he was on a phone call with climate activist Greta Thunberg to his ridiculous comments regarding the Commonwealth and racism faced by his wife, Meghan Markle.

With each passing incident, it would appear that Harry is drifting further and further from both his roots and his family, which is a sad thing to see.

I’m not one for wishing ill-will on anyone, including Meghan Markle and Prince Harry, but it seems he’s intent on destroying the reputation he had built for himself after he emerged from his troubled early years.

Prince Harry has a stellar reputation as a military man. This is one thing that cannot be undone. He served his country with distinction, and despite the fact he’s now a shell of the man he once was, it’s an accolade that will be with him for the rest of his life.

However, even his military allies are beginning to doubt Harry can get out of the “awkward situation” he finds himself in.

Commenting during an interview with Times Radio, Lord Dannatt said:

I had a lot to do with Prince Harry over the years. I’m still in close contact with him, and I’m a huge supporter of Prince Harry.

Despite obviously being supportive of Harry, Lord Dannatt didn’t try to hide his critique of the position Prince Harry finds himself in now:

He’s made certain life choices including where he’s living and what he’s doing, and that places him in an awkward position with regards to other things that are very important to him, which is playing a role as a member of the Royal Family and particularly being involved in charities. Now, it is difficult for him to square that circle at the present moment, but he continues to have my support. Over time he will make a great contribution to our national life as he has in the past.

I admire Lord Dannatt’s optimism, but I’m not entirely sure I agree on that last part. 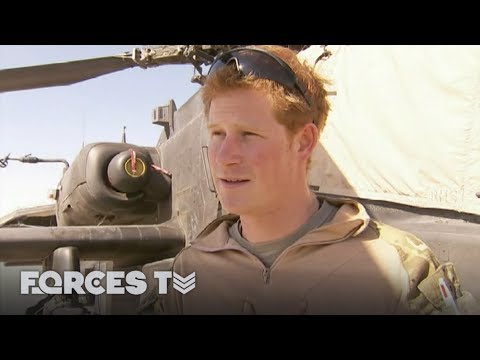 What does Prince Harry have to do to redeem himself?

This is the million-dollar question, and I honestly believe that the next six months will determine if there’s a road back to royal respectability for Prince Harry.

There’s one factor that will play a massive part in the equation.

We’ve already seen how the streaming giant has portrayed Harry’s father, Prince Charles, in the latest season of The Crown. I’m being polite when I say that it hasn’t been kind to the future king.

Now, this is perfectly fine. I’m sure that Prince Charles isn’t all that bothered by how he’s portrayed in a fictional television show. God knows he’s been lampooned and criticized for decades now.

However, what will hurt him is seeing his own son collaborate with that same company, especially if that collaboration involves either his family connections or cashing in on his late mother’s popularity.

When it comes to family, there’s usually always a way back. But I fear the Netflix deal could end up making Prince Harry millions of dollars, but costing him the priceless relationships with his family.

Is Comparing Meghan Markle and…