Mike Tyson is quietly becoming a national treasure. It’s hard to believe after the vicious boxer served hard time in prison. But as he showed on his podcast with the rapper Boosie Badazz, Tyson is a changed man who seems to be on a mission to change others.

Thank God he hasn’t been canceled.

Boosie Badazz Gets Called Out

Boosie Badazz has become a bit of a polarizing figure. He’s been soaking in controversy ever since his transphobic comments against Dwayne Wade’s daughter in February. And despite the backlash, Boosie has stuck to his guns. But when he appeared on ‘Hotboxin with Mike Tyson,’ the toughest guy of them all tried to get through to him: 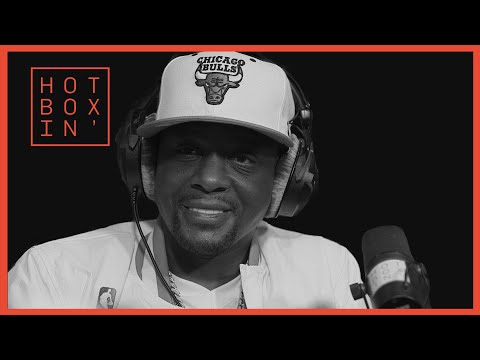 With a chamomile calm to his voice, Tyson pressed Boosie on why he decided to speak out against Zaya Wade.

I commented on the Dwyane Wade situation because it’s a child. That’s why I got offended. I felt like a child at 12, can’t make that decision. That’s how I feel. I just feel like, that was going too far.

I agree with you, but check this out. Who the f%#k am I to say anything? What I think don’t mean a m*%therf$%king thing…Who the f*#k are we to make a comment about someone else’s life?

Tyson noted that his huge ego could sometimes make him think he has a right to comment on others’ lives. And he kept asking pressing questions like, “Do you feel like you have self-respect?” “Do you know what self-respect is?”

And then he did the most important thing he can do, Mike Tyson lead by example and showed his vulnerability:

I’m insecure, I’m afraid they won’t like who I really am or what I really do. It might be weird to them.

Iron Mike Tyson, the guy who embodies ‘toughness’ and ‘manliness’ even when so far as to drop some woke vocabulary on Boosie and his friend:

America takes what they want. And that’s the same toxic energy that guys that are immature and insecure feed on. Toxic masculinity, to hide who I really am.

He even told Boosie Badazz, a gangster rapper, straight up to his face, “you don’t love yourself.”

Mike Tyson Is a Gift

And this is why we shouldn’t cancel everyone who does something bad. Mike Tyson was convicted of rape–one of the worst crimes imaginable. He was a dangerous man, and if it happened today, it’s hard to imagine we’d give him a path to redemption.

But he was convicted in 1992. He served his time, and he’s grown immensely.

He can talk to people who share similar inner demons. He’s earned their respect. Can you imagine if someone like Dr. Phil tried to tell Boosie Badazz he didn’t love himself or that he was a toxic man? It would never fly. But Mike Tyson can reach the people who really need it.

The woke mob crucifies people every day who they deem to be lacking compassion, but so often, both parties are just in immense pain.

Instead of trying to transform hate with more hate, Tyson is showing a healthy love and firm boundaries to the people who need it the most.

And we should all be thankful he’s still around.