In one of the most remarkable performances in the history of the U.S. stock market, Elon Musk’s Tesla is within touching distance of a 1/2 $trillion valuation. Putting this incredible figure in perspective, TSLA is more highly valued than most of the world’s major car brands- combined.

Trading above $515, TSLA has defied the odds of a global pandemic, massing competition, and an army of belligerent short sellers. It’s latest achievement is being granted admittance to the S&P 500, which has helped fuel another dramatic set of gains over the last few days. 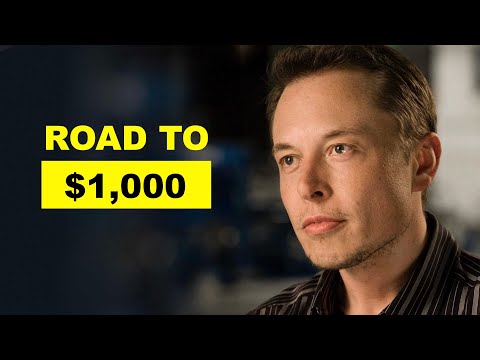 Currently trading at a valuation of $492 billion, Tesla bulls are in a euphoric mood. As we take a dive into the numbers, those who believe Elon Musk’s EV juggernaut is a car company should look away now.

Taking a deep breath; TSLA is worth more than General Motors, Ford, Fiat Chrysler, Honda, Hyundai, Daimler AG (Mercedes), Ferrari, BMW, and Volkswagen. No big deal? Well, Tesla is not just valued more highly than these prominent global names individually, it is more expensive than them all. Combined.

When you consider Tesla’s sales, it’s impossible to call them “just a car company” and not expect its stock to crash. Instead, bulls focus on its spin-off businesses in battery technology, solar power, and self-driving tech.

Elon Musk’s Caution Rejected In Favor Of An Inefficient Market

Even with all these arguments, the value still seems to be a stretch. Especially if you are the CEO. Almost amusingly, since Elon Musk called TSLA overvalued, two events that should not have created value in an efficient market, generated huge returns.

The first was the stock split, which does not add value in any way, and triggered a push to record highs. The second was the  upcoming S&P 500 listing, which only adjusts how Tesla is traded and has nothing to do with its business.

If a cult-following is the principal fuel behind TSLA, investors need to start considering how a brand built on being an outsider, maintains a position as a front-runner. Apple has somehow managed to thread the needle of being “different”, despite the fact its as mainstream as it gets.

Ultimately, the question is can Tesla stock stay afloat “trading recipes” as Toyota’s CEO put it (this was a kind way of saying ideas or dreams.) A huge contingent of fans and investors around the world clearly believe it can. Over 9 million shorts beg to differ, expecting that markets will eventually demand a meal, not just a menu from Chef Musk.