When the Netflix deal struck by Prince Harry and Meghan Markle was announced, it seemed as though they had been vindicated in their decision to drop their royal responsibilities.

They were officially free from the bank of Charles. They had moved into their dream $14 million mansion in a privileged neighborhood in Santa Barbara. Things were looking up.

Netflix was going to pay them top dollar for what the Sussexes claimed would be “inspirational family programming.”

At that point, I wondered if the deal had been struck with the Hallmark channel, and Meghan Markle and “simply” Harry were a tad confused.

Alas, no. Which makes me wonder how lucrative this deal is going to be? And to what cost?

Is the Netflix deal guaranteed money?

One facet of the deal that seems to have confused the admittedly easily-confused Sussex fans is the financial aspect.

Many of them believe Netflix has handed Meghan Markle and Prince Harry a check for $200 million, which they can bank and spend on whatever they see fit.

First of all, there is no check for such an amount in my view. Second, it doesn’t quite work that way.

People don’t realize they don’t get all that money. Some of that money has to pay for writers, people’s health care insurance, production.

The press, which is accused of being so anti-Meghan Markle, ran with headlines that suggested the couple were being paid that kind of money. The truth is somewhat different.

It all depends on the success of the content the couple produces for the streaming giant. 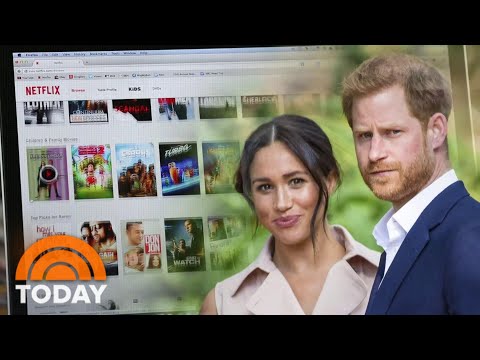 For Meghan Markle & Prince Harry, the success of their content is crucial

The Sussexes were quoted as saying that they were not going to be appearing in front of the camera. They were interested in creating inspirational family programming. The reality, however, was always going to be different.

A quick look at what kind of shows have been successful on Netflix tells you all you need to know.

Tiger King is a terrific example of what grabs eyes among the Netflix audience.

This is why the “fly on the wall” documentary that’s being touted is key. Will such a project become a reality? I’d say there’s a good chance it will.

The vanity projects touted by the Markle duo won’t cut the mustard.

Whichever way this Netflix deal eventually plays out, there’s only one winner.

When Netflix parlay this deal with the Sussexes into a follow-up to The Crown, it’ll be Harry and his family who pay.

As I’ve said before, Meghan Markle isn’t the crown jewel in the Netflix deal. It’s Prince Harry and his family.

That’s who Netflix have always wanted access to. The Crown has been a real success, and Prince Harry is set to provide the keys to a sequel of sorts.